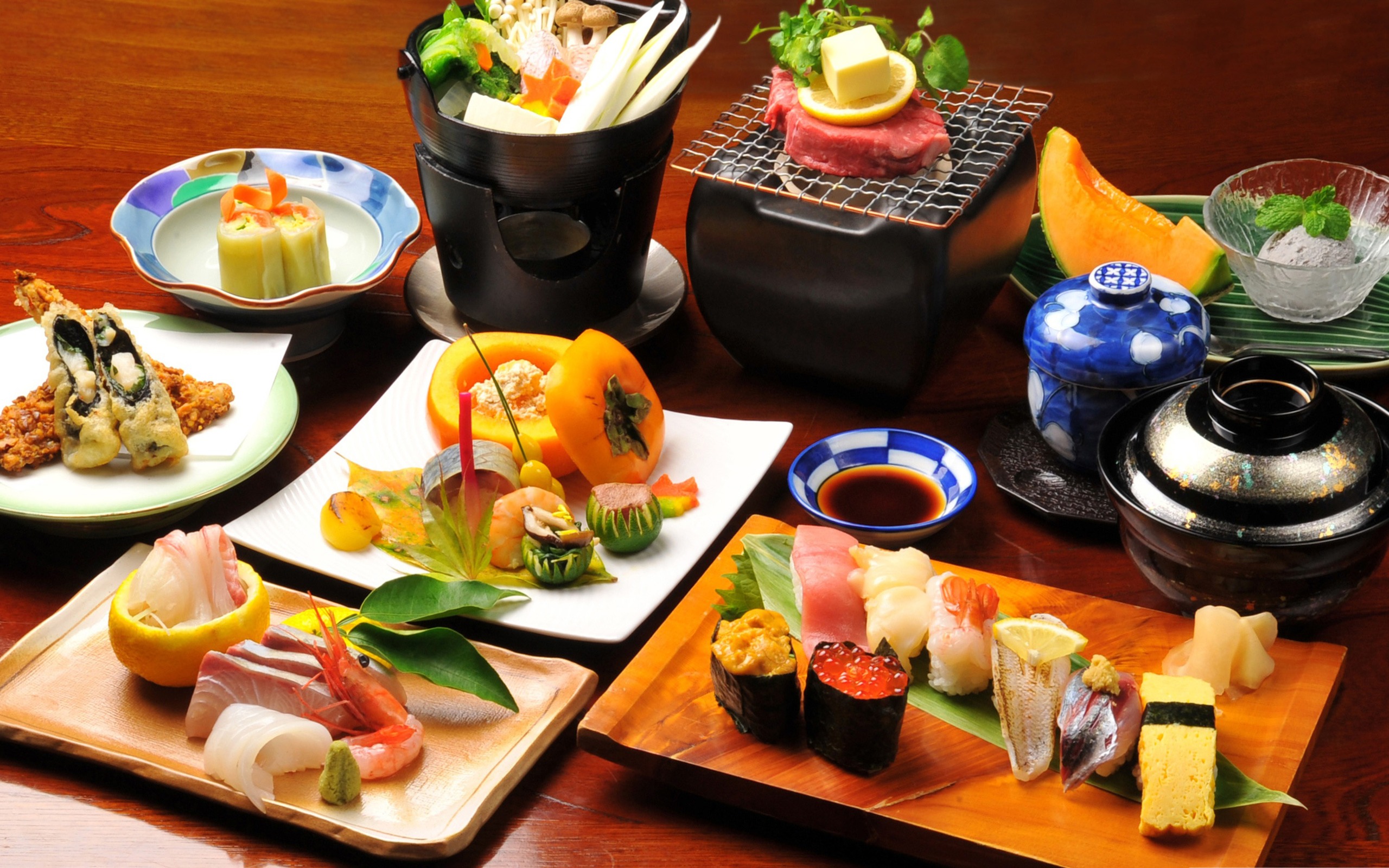 Japan is a country that is also very famous for its cuisine, ranging from light to heavy meals. Well, for sure travelers who are often sought after are traditional Japanese snacks to take as souvenirs. Wagashi is a term for traditional sweets food from the Land of Sakura, Japan. The age of this sweet food cannot be underestimated. In general, wagashi are made using ingredients derived from plants and use either Anko or Mochi.

Anmitsu is wagashi served in a bowl. This sweets food contains jelly made from red algae, Anko (a sweet paste made from red beans), and pieces of fruit. Anmitsu is usually eaten with a spoon and fork.

Doraemon’s favorite food turned out to be one example of wagashi. Dorayaki is made of an Anko that is in the middle of two pancakes. Dorayaki pancake batter is made of milk, sugar, and eggs. This unique form of dorayaki has been around since 1914!

Konpeito is a sugar candy that has been around since the 16th century when the Portuguese introduced it to Japan. However, the sweets brought by the Portuguese at that time only contained a small amount of sugar. While Konpeito is made from sugar in a lot of levels. Although the shape is simple, it turns out that this wagashi is very old!

LessManju is a wagashi that has been around for about 7 centuries. The outside of this wagashi is made of flour, buckwheat, and rice powder, while the inside is made of Anko.

Oshiruko is a wagashi made of Anko soup with a large piece of mochi in the middle. Like Anmitsu, Oshiruko is also served in a bowl. This Wagashi has many twins in various countries, such as Tang Shu (China), and Patjuk (Korea).…